Con Brio celebrates, honors and empowers the feminine spirit by performing choral music of excellence and diversity.  We are an enthusiastic, multi-generational group of singers with roots in many countries of the world.  Con Brio performs a broad spectrum of songs, from classical to Broadway to opera to world music while working to hone our skills as singers and musicians. Through our singing we hope to uplift and inspire our audiences!

Con Brio performs in the Columbia Choirs concert series and in the community throughout the year. Con Brio has travelled to New York, Arizona, Canada, New Mexico, Oregon and Utah to perform jointly with other women’s choirs and mixed choirs. Singers will be invited to sing with Con Brio after a stress-free, brief placement appointment with Dori Baunsgard. 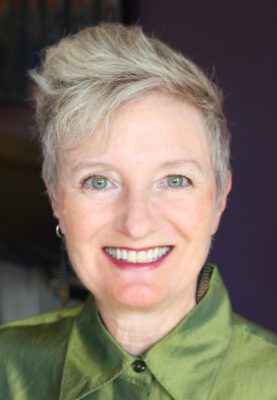 Dori Baunsgard is a Pacific Northwest native who spent many years conducting choirs and teaching music in India and Japan before returning to Seattle in 2011. She has an avid interest in multiple styles and genres of music, and is especially focused on women composers and global repertoire. Dori is active in the Seattle area as a conductor, accompanist, and choral adjudicator. She co-conducts Wanderlust Women’s Choir of Seattle which toured to Hungary, Slovenia and Italy in 2019. As Interim Cathedral Choir Director at University Presbyterian Church she collaborated with the University of Washington to co-conduct “A Four Choir Celebration of Christmas”.  As an accompanist Ms. Baunsgard has worked extensively with the Northwest Girlchoir, O’Dea High School Men’s Choir, and has performed several times on the Benaroya Hall Ten Grands concert raising funds for music education. Dori holds a Bachelor of Music Education from Seattle Pacific University and a Master of Music in Choral Conducting with a minor in Theater from Western Washington University. She is thrilled to conduct the amazing women of Con Brio!

Join in the singing fun!